AJ Styles “The Phenomenal One” 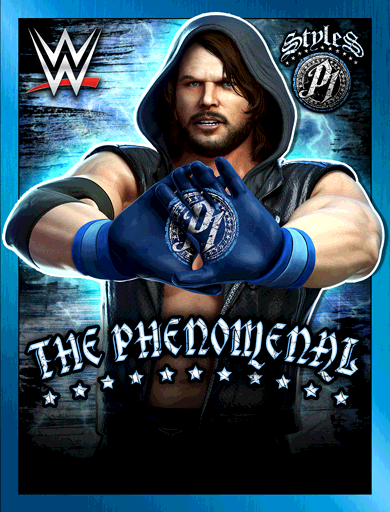 AJ Styles is known as "The Phenomenal One" for a reason. At the 2016 Royal Rumble "The Face that Runs the Place" made his WWE debut with an in-ring repertoire that includes graceful aerial maneuvers and lightning fast submissions. Though AJ Styles posses a tremndous amount of ability, his tendency toward devious tactics have earned him the ire of some of the WWE Universe. Whether liked or hated AJ Styles is at the top of the mountain, and has no plans of leaving.

I am the elite, I am the greatest, I am the Phenomenal AJ Styles!