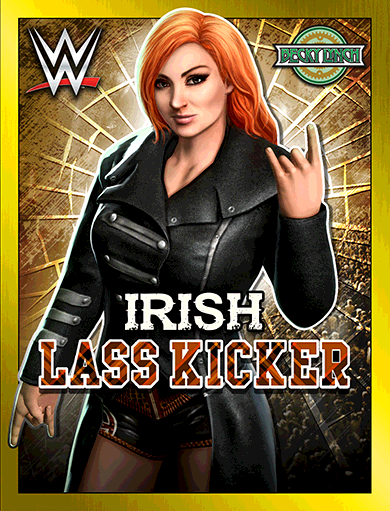 Shards to recruit: 8 at 1 Star Gold

In April 2013, Becky Lynch signed a developmental deal with WWE and moved to Florida to report to NXT, and she made her televised in-ring debut in June 2014. In April 2015, Lynch defeated Bayley and Charlotte in a triple threat match to earn a title match against Sasha Banks; although unsuccessful, her performance received critical acclaim, and she would make her Raw debut only two months later. In September 2016, at Backlash, Lynch won a six-pack elimination challenge to become the inaugural SmackDown Women's Champion.