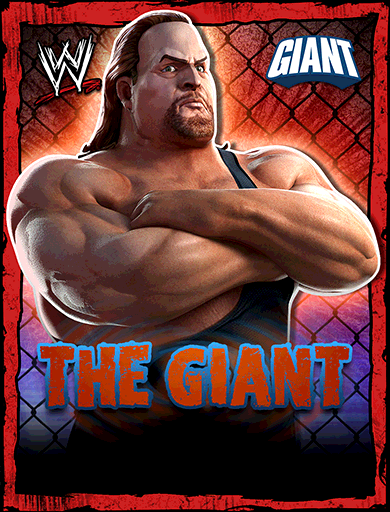 During his time with World Championship Wrestling (WCW), The Giant was originally a member of the Dungeon of Doom faction. He made his professional debut at Halloween Havoc, winning the WCW World Heavyweight Championship in his very first match. A week later however, The Giant was stripped of the title due to the controversial finish of the match.

If you have the heart to meet me in the next match you're gonna get the beating of your life, cuz I'm gonna chokeslam you right through the floor.

The only way to win is to bet BIG and bet on The Giant.