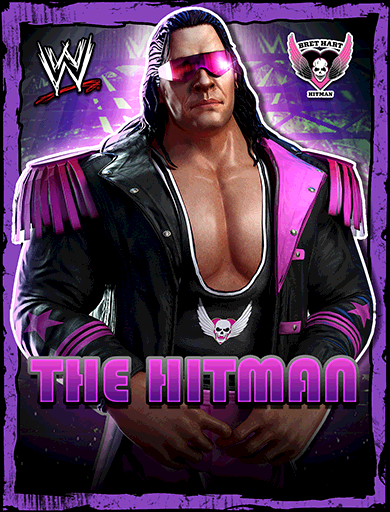 “The Excellence of Execution” has made 1992 the year of the “Hit Man.” He captured the WWE Intercontinental Championship from Rowdy Roddy Piper, he main evented Wembley Stadium against British Bulldog in front of 80,000 people, and he finally reached the pinnacle of sports entertainment by winning his first WWE World Championship. By using his deadly Sharpshooter submission maneuver, Bret “Hit Man” Hart has been able to claim victory over many adversaries and rivals.

You're going to be just another name on the list of people I've flushed down the toilet.