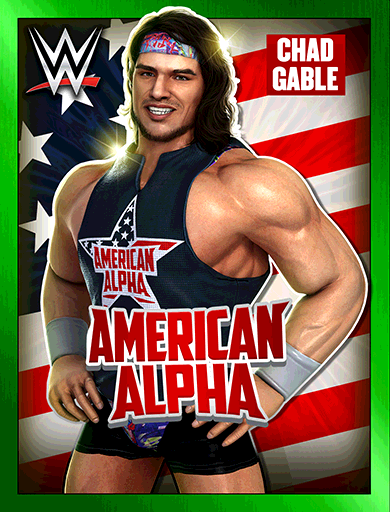 Always ready, willing and "Gable", Chad Gable has the technique and fire of the Olympic athlete that he is. That championship mindset guided him from high school state champ, to Olympic athlete, and finally into sports entertainment where he befriended Jason Jordan to form the tag team American Alpha. Eventually the duo would capture not only the NXT Tag Team Championships, but would beat The Usos, Heath Slater and Rhyno, and The Wyatt Family in a Four Corners Elimination Match for the SmackDown Live Tag Team Championships in 2016.