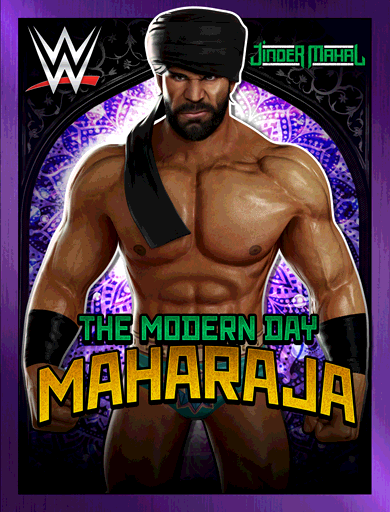 Jinder Mahal's 2nd stint in the WWE has his ambitions coming to fruition. Returning in 2016, a transformed Jinder won 2nd place in the Andre the Giant Memorial Battle Royal, and has made alliances and enemies that propelled him into the SmackDown LIVE title picture. The Maharaja would make his dreams a reality at Backlash in 2017 when he defeated Randy Orton for the WWE Heavyweight title. With Sunil and Samir Singh on Jinder's side, and India at his back, it looks like the time is ripe for the era of Jinder Mahal.

Just like everyone else, you disrespect me because I look different.