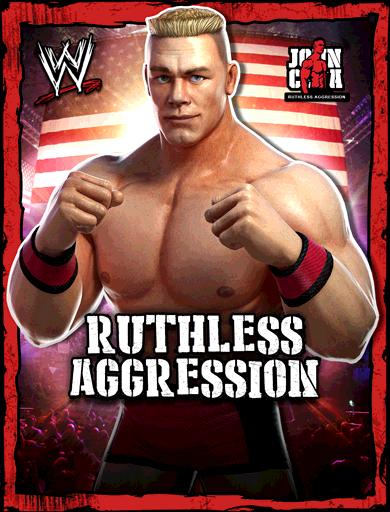 Cena made his WWE television debut on the June 27, 2002 episode of SmackDown by answering an open challenge by Kurt Angle. After declaring that he possessed "ruthless aggression", Cena gave Angle a tough battle and only lost by a pinning combination. After the match, Cena was congratulated by many WWE Superstars, but none of them carried more clout than Undertaker.

The reason I'm here is because I've got Ruthless Aggression!