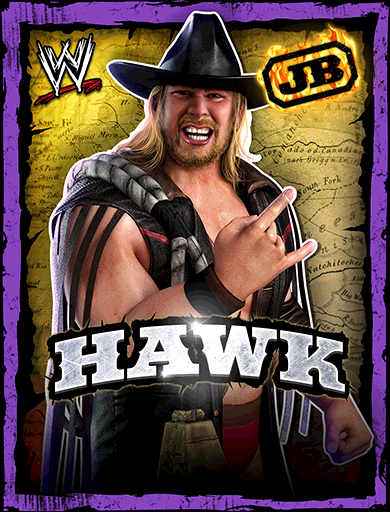 The Superstar now known by the name JBL began his WWE career as the tough Cowboy Justin "Hawk" Bradshaw. Managed by uncle Zebekiah, the two would brand fallen opponents with the letters "JB" after every match. Bradshaw would go on to become one of the WWE's greats, as he is the WWE's 10th Grand Slam Champion. The accomplishments don't stop in the ring though, as Bradshaw is a successful businessman that has published works on finance, runs a non profit organization, and has been a guest analyst on financially-focused TV shows. After retiring from sports entertainment, Bradshaw now sits at the announcers' table during SmackDown Live as color commentary.

You're gonna be squealing like one of them cows that's had this branding iron stuck on it's booty!

Zebekiah, get my branding iron!