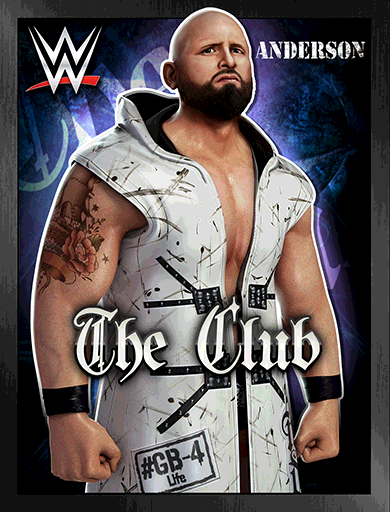 Shards to recruit: 8 at 1 Star Gold

Karl Anderson made his WWE debut on the April 11, 2016 episode of Raw with fellow Club member Luke Gallows as his tag team partner. Gallows and Anderson would go on to compete with some of the WWE's top tag teams. Eventually, the pair would win the Raw Tag Team Championships during the Royal Rumble pre-show in 2017. Karl Anderson has earned titles all over the world as he's now in the WWE to be mean and make green.

I'm just here to beat people up and make a lot of money. You're just next in line.