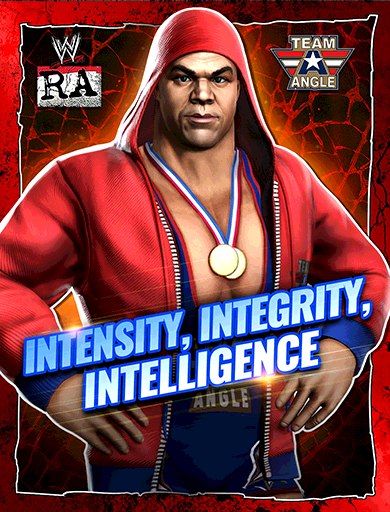 Just weeks after his debut, Angle, who preached the virtues of his three I's (Intensity, Integrity and Intelligence), won the European Championship. Shortly thereafter, he captured the Intercontinental Championship and was crowned King of the Ring in 2000. With momentum propelling the red, white and blue-clad grappler to new heights, he defeated The Rock at No Mercy to win his first of four WWE Championships. During his tenure in WWE, The Wrestling Machine tussled with the greatest Superstars of The Attitude Era, including "Stone Cold" Steve Austin, Shawn Michaels, The Rock, The Undertaker, Triple H, Big Show and even John Cena in The Cenation Leader's debut.

This arena is full of self-absorbed, selfish bastards!

Do I make myself clear?