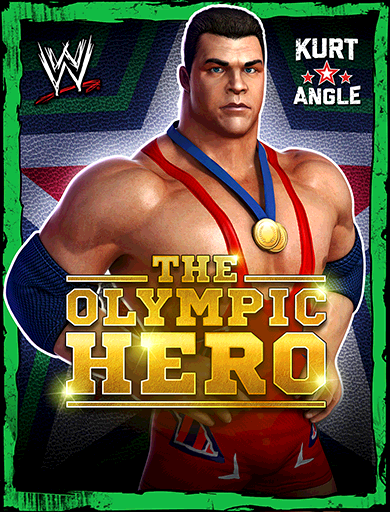 Intensity, Integrity and Intelligence; three virtues by which Kurt Angle lives his life. The Pittsburgh native carried these three I's to the Olympic Games in 1996 where Angle won a gold medal with a broken neck. The Olympic Hero would then make his way to the WWE where he would have arguably one of the best rookie years of any Superstar. Kurt would win the European Championship followed by the Intercontinental Championship and then hold both simultaneously. Next, Kurt would win the King of the Ring tournament and cap off a great first year in sports entertainment with a WWE Championship reign. Kurt Angle would go on to be one of the WWE's greatest Superstars, becoming a Triple Crown Champion as well as Grand Slam Champion. Angle was inducted into the WWE Hall of Fame in 2017.

You spilled my milk.

You don't have the Intensity, Integrity or Intelligence to compete with me.