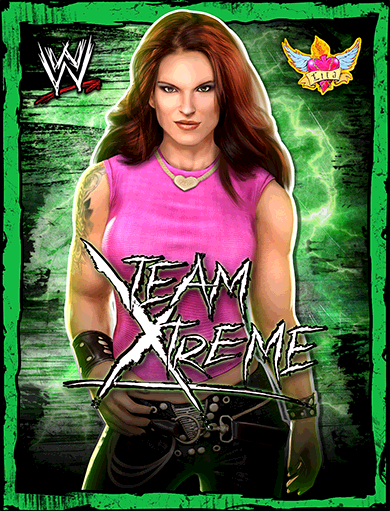 Lita made her WWE debut in 2000 and would eventually connect with The Hardy Boyz to form Team Xtreme, beginning a partnership that would last nearly five years. Soon after, the agile Diva won her first of four Women's Championships from Stephanie McMahon in August 2000. Lita's long and heated rivalry with Trish Stratus began soon after Trish's debut, and the two first locked horns while Trish managed Test & Albert against Lita's Hardy Boyz. The two Divas eventually put aside their differences in July 2001 to represent WWE at InVasion.

Since you wanna' fight so bad, I have some good news for you.