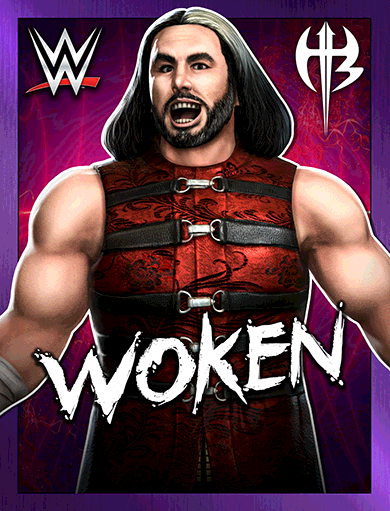 After several years away from WWE, Matt and Jeff shockingly returned at WrestleMania 33, proving they had not lost a step by clinching their eighth Tag Team Championship in a Fatal 4-Way Ladder Match. But later in 2017, a series of matches against Bray Wyatt woke something strange in Hardy. "The Great War," as Hardy called it, resulted in "Woken" Matt tossing Wyatt into The Lake of Reincarnation during a wild battle on The Hardy Compound. Wyatt reemerged at WrestleMania 34 Kickoff, where he helped Hardy win the Andre the Giant Memorial Battle Royal and then hugged his former rival, giving birth to strange new tandem that eventually won the Raw Tag Team Titles. Now once again alongside his brother Jeff on the blue brand, Matt Hardy might not have the same clean-cut gear or hair from that debut match decades ago, but the commitment and excitement has only grown - both for his adoring fans in the WWE Universe and for Matt, who's living his dream in the ring.

Due to my condition, I have lain dormant inside this vessel called Matthew Hardy... but now, I have been... WOKEN!

Perhaps when you inhabit your next homosapien vessel, you're in line for a rematch, how does that sound? WONDERFUL!