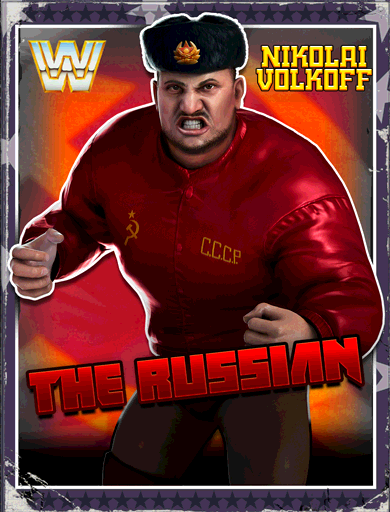 Most notably known for his time with The Iron Sheik, Nikolai Volkoff was one half of a World Tag Team Championship duo, as well as half of one of if not the most hated tag teams in WWE history. "The Russian" would force the crowd to listen to an agonizing form of the Russian national anthem, a signature performance that has inspired many other unsympathetic foreigners to irk the American crowds. Volkoff would go on to win the hearts of the WWE universe, when he sang the American National Anthem after splitting with Boris Zhukov from their tag team "The Bolsheviks". Nikolai Volkoff was inducted into the WWE Hall of Fame in 2005.

Russia - our sacred state, Russia - our beloved country. A mighty will, a great glory - Yours forever for all time!

I work out 7 hours everyday! How much do you work out?