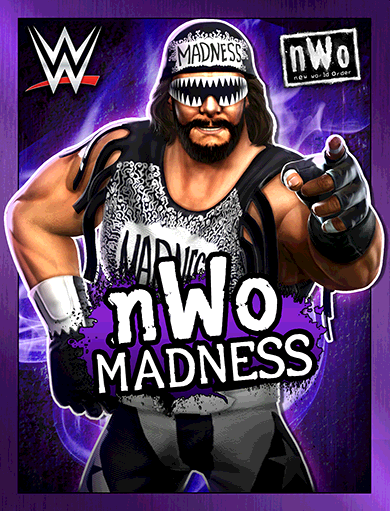 On February 23rd, 1997 at SuperBrawl VII, Randy Savage left Sting's side and helped the nWo win a match against Roddy Piper. On the following night's Monday Nitro broadcast, Savage would officially join the nWo. In 1998, Savage would join Kevin Nash and others to form the nWo Wolfpac, a split from nWo Hollywood, and he would go on to feud with both Bret Hart and Roddy Piper.

You are now the number-one man on the Macho Man's intergalactic hit list, ohhh yeah!