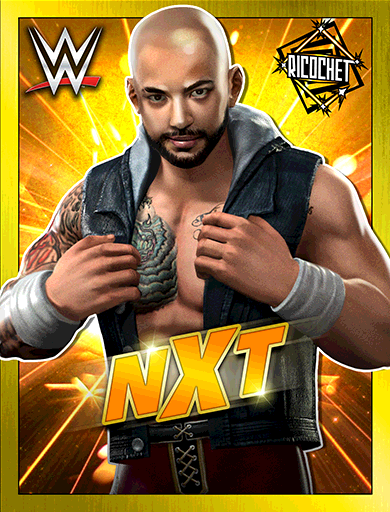 One of the world's most innovative high-flyers, Ricochet came to NXT in 2018 with a ton of buzz. He was met with much fanfare from the NXT Universe thanks to his aerial mastery and unbelievable athleticism, both of which he showcased on the international wrestling scene for more than a decade. Catching the eye of NXT management and fellow Superstars before he even wrestled a match under the NXT banner, Ricochet has used his astonishing brand of offense to make an impact on the black-and-yellow brand. This very impact would eventually spill into NXT TakeOver: Brooklyn IV, where he defeated Adam Cole in a thrilling title bout to win the NXT North American Championship for the first time in his career.

I went out there and I won.