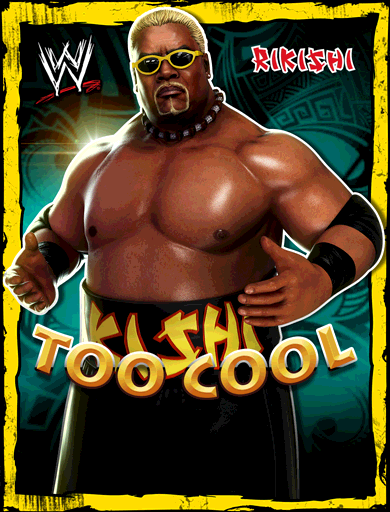 In 1999 Rikishi donned a pair of yellow shades, and joined Too Cool in their post match dance routine. Hearts and minds were instantly captured. The 400 pound member of the illustrious Anoa'i family became a fan favorite that used his signature move, the "Stink Face" to humiliate a who's who list of the WWE by forcing his buttocks into the face of many a WWE Superstar. A hall of Fame induction in the class of 2015 would cap off a career that included an intercontinental championship and multiple WWE Tag Team Titles.

You must really want The Stink Face.