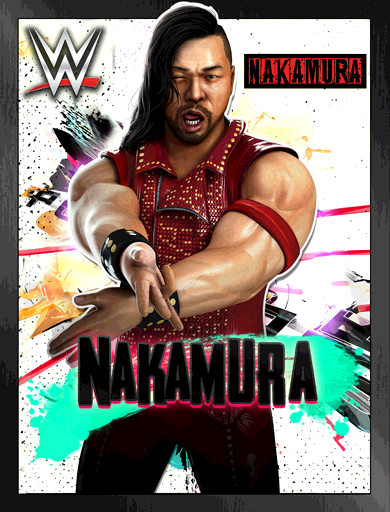 Also known as "The King of Strong Style", Shinsuke Nakamura has been a veteran of the squared circle for 15 years, and has been a top contender since the start. Nakamura won a heavyweight title in Japan, and became that organizations youngest champion ever after earning the nickname "Super Rookie". Strong Style would carry him on to a multitude of other titles in japan before his move to NXT in 2016. Shinsuke has won the NXT Championship twice in a memorable feud with fellow veteran Samoa Joe.