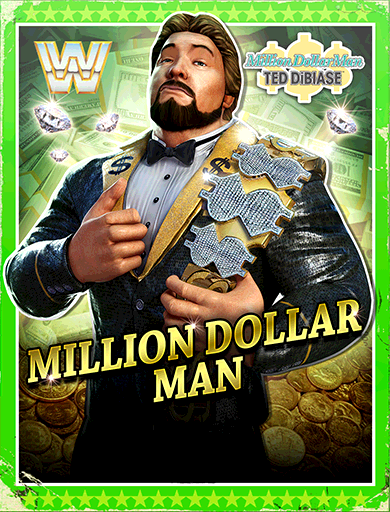 Everybody's got a price, and Ted DiBiase Sr. would show it by stuffing $100 bills into the mouths of his beaten opponents. Even though he was three-time WWE Tag Team Champion with I.R.S., the WWE Hall of Fame inductee failed to win a WWE World Championship belt and decided to create his own. The solid gold, diamond laced Million Dollar Championship was never officially recognized by the WWE.

My wealth runs deeper than just dollars because I'm rich in ring prowess and extremely well off when it comes to wrestling ability.

Everybody's got a price. Hahahahaha!