The Rock “The People's Champ” 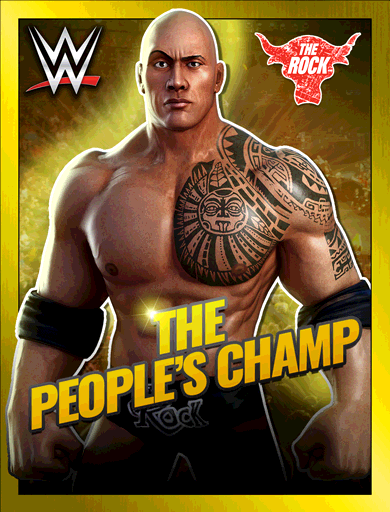 The Rock returned to the ring against John Cena in the main event of WrestleMania XXVIII to prove to WWE’s newest generation of fans that he truly is "The Most Electrifying Man in All of Entertainment." After defeating Cena, The Rock set his sights on the WWE Championship, which he won in 2013 at the Royal Rumble, giving him his first title reign in over 10 years. He successfully retained his title at Elimination Chamber, setting up a hugely anticipated rematch with John Cena at WrestleMania.

You want to go one on one with the Great One!?

IF YOU SMELLLLLLLLLLL, what the Rock, is cooking!